to carry out a mission to Reyhanli In August 2017 for a course of obstetric and neonatal techniques.

Reyhanli is located in Turkey close to the Syrian border, but as a result of the worsening of the safety conditions the mission has been cancelled.

ISF after having done some tests with Turkey and Syria provided to SEMA the technological platform to be able to carry out the distance courses with audio/video connections via Internet.

After a start not without difficulties linked to problems of connection and coordination of the many participants with various spoken languages (English and above all Arabic), the presentations rich of slides, videos and voice comments allowed a real time interaction among the speakers present in Spain, Bologna and Milan and the beneficiaries scattered between Turkey and Syria with great satisfaction of both.

In 2018 the training project continued and involved the physicians Laura Nollino, Mirko Ragazzo and Mauro Rigato from the AULSS2 of Treviso who made available their skills for a range of free lessons in diabetology and maxillofacial surgery.

The ISF volunteers who coordinated the activities from Treviso, Torino, Milano, Bologna and Rome also provided the technical support for directing during the sessions.

Teleconferences have allowed to reach in only 2018 over 350 among physicians, nurses, students, pharmacists, emergency technicians. All professionals working in Syria, ranging from central hospitals up to the remotest rural areas, as well as beyond the borders of the country and up to Turkey. 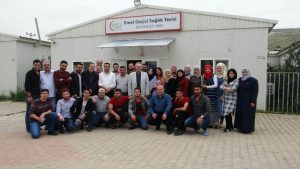 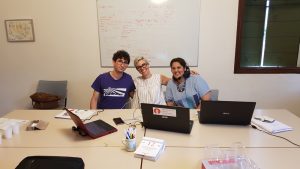 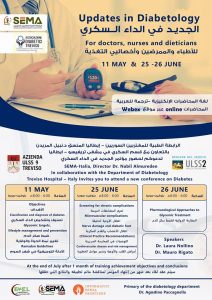 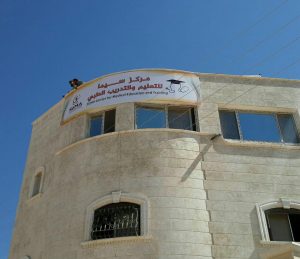